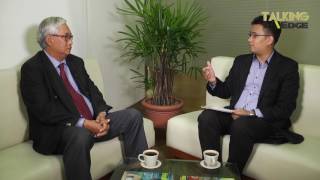 THE fallout from Brexit is causing turmoil in British politics and hurting their economy. With the unity of the country itself at stake, there is much despair and anxiety among the people. There were warnings about the economic consequences of leaving the EU but the Leave campaigners ignored them, saying the economy was not important. Many are now blaming those who used hate sentiments to influence public opinion as they watch their economy falling to its lowest depths. But i

The Mufti of Pahang and his ‘kafir harbi’

JUNE 27 — The loudness of Islamic opinion has gained so much traction in Malaysia. I once sat through a phone-in religious programme in which a caller asked a minor league scholar if he should wait till the azan (call to prayer) finishes before actually breaking his fast or can he take the first bite when it starts. Even my mother, whose reverence for these scholars far exceeds my own, was shaking her head in disbelief. But this is what happens. Islam is a simple set of princ

US should set example for law and order

IT takes a tragedy of massive proportions, like the recent Orlando mass murder, to move United States politicians into doing something about the country’s gun control law. Every time a mass murder takes place in America, criticisms are levelled at the lax gun control laws for being the reason why a lone-wolf shooter can kill so many. And, within minutes Republican politicians and the National Rifle Association would launch a publicity campaign to dismiss the allegation, and c

Biro Tatanegara must be the catalyst to unite us

#noBTNpropaganda I agree completely with Tamil Maram who wrote (NST 21st June) about the Biro Tata Negara (BTN), the National Civics Bureau. The BTN should be open and transparent to the public so as to dispel the widely held view that it is a secret indoctrination programme to instill obedience to the government. The correct approach for the BTN is to inspire loyalty to King and Country, by teaching the participants to uphold the Constitution as the Supreme Law of the countr