Churn out graduates who are industry-worthy

LET’S look at some figures: 77% of Malaysians are qualified up to SPM level, 23% are tertiary educated and 40% of public university graduates are jobless or stuck in a mismatched job. The top reason for unemployment is language proficiency. There seems to be a glaring mismatch between the type of human capital that our schools and universities churn out and the type that are industry- and nation-building worthy. What is the purpose of having an education that is mismatched to

Founder member of G25 Tan Sri Ahmad Kamil Jaafar talks about what’s ahead for the grouping. A group of 25 prominent Malays made the headlines on Dec 8 last year, with their open letter calling for a review of syariah and civil law, to be in line with the supremacy of the Federal Constitution. They are pushing for a high-powered committee which would recommend amendments to meet the needs of Muslims while also entrenching the rights of minorities. Their stand has drawn both st

Clear the air on what to wear, govt told

PETALING JAYA: The Chief Secretary to the Government should issue clear directives regarding dress codes and its enforcement at government offices and agencies, said G25 coordinator Datuk Noor Farida Ariffin. "There is no legal basis for the imposition of dress codes on the public whom they are serving. "We agree with Tun Dr Mahathir Mohamad that dress codes should be applied to the staff of departments and agencies and not members of the public," said Noor Farida. On T

A ROUNDTABLE discussion on “Religion and Human Rights” was organised by the Islamic Renaissance Front on June 14. Regrettably, most media reports ignored the main speeches and sensationalised some questions and answers in such a way that it appeared to be an exercise in religious authority bashing. In fact, it was a thought-provoking deliberation on many themes, one prominent one being whether Islam permits independent thought, reason and reflection. Religion and reason: On t

IN the wake of strong comments by Muslims about the tight-fitting gymnastic attire that Farah Ann Abdul Hadi wore at the Sea Games in Singapore, the Islamic Development Department (Jakim) announced that it would come up with guidelines on what Muslim women should wear when participating in sports. Although these guidelines are advisory and not law, the public and the business sector have learnt not to take them lightly, because with Islam being institutionalised and politicis 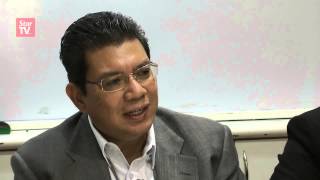 PETALING JAYA: The National Civics Bureau (BTN) should be revamped as it is undermining multiculturalism in the country, says the Group of 25 (G25) prominent Malays. Its coordinator Datuk Noor Farida Ariffin said the bureau never used to be racist, and called on the Government to tackle the issue. She said there needed to be a change of staff and co-curriculum in the BTN if it were to be taken seriously. “It never used to be like this, it was multiracial and fun. Everyone kno
1
2
More